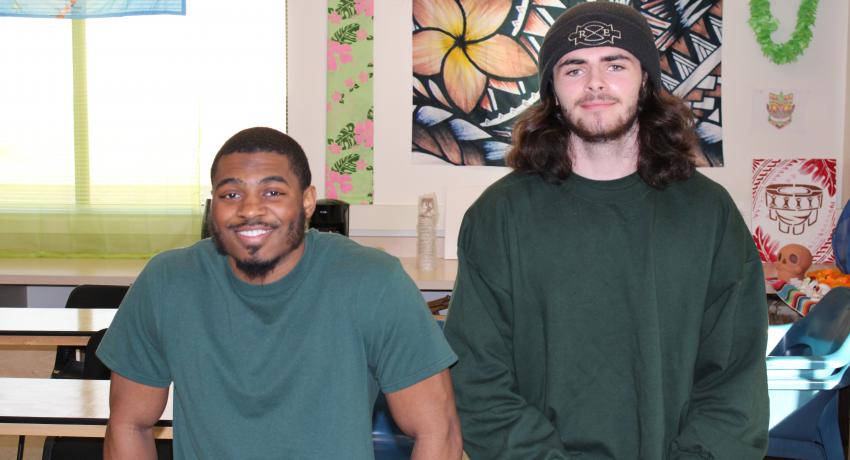 Through the Capitol Classroom program in Juvenile Rehabilitation (JR), young people have the opportunity to work alongside peers and youth engagement specialists to learn about and propose legislation that can dramatically affect juvenile justice. In the program, they learn about laws, bills, and legislative processes and can participate in passing a bill into law, such as with House Bill 6160 (or JR to 25). As we head into the 2023 Legislative Session, Capitol Classroom participants voice their experience in the program and how it has impacted their lives.

Five years into an 11-year sentence, 20-year-old Caya shares how influencing lawmakers and legislation has been a wonderful journey and a highlight of his incarceration.

“I get the opportunity to help create positive change inside the justice system and be a voice for youth who are incarcerated alongside me,” he says. “Being able to participate in Capitol Classroom has made a huge difference in my journey. I have been in the program for about two years now, and… the main thing I have learned is the creation of a bill from start to finish… from drafting a bill all the way to the Governor signing it.”

Caya goes on to say that the vast knowledge he has gained about the justice and legislative system has influenced him to pursue a career in juvenile justice to help fix and improve the system.

“We are currently working on two bills for this year’s session. We are filing an amendment to the Community Transition Services program that will eliminate disqualifying factors, and we have also drafted up a bill that gives juveniles who were charged as adults the opportunity to petition the ISRB (Indeterminate Sentence Review Board) for release after their 24th birthday.”

24-year-old Anthony “Ali” explains how the Capitol Classroom bridges the gap between incarcerated youth and lawmakers and provides a seat at the table with the people that create, propose, and vote on legislation that directly impacts these youth and their communities.

“By being involved in Capitol Classroom, we have the ability to voice our opinions on upcoming legislation to lawmakers, as well as suggest ideas for our legislation,” says Ali. “I feel our ability to influence legislation can decrease recidivism in the population released by JR facilities because we emphasize better educational opportunities, better transitional services, and second chance opportunities for the youthful offenders that commit to their rehabilitation.”

Ali goes on to say that the Capitol Classroom has positively impacted his life by putting him in a position to advocate for his peers, which has helped him develop leadership skills. He also attributes Capitol Classroom’s success to the staff who help facilitate it.

“The staff at Green Hill School have played a huge role in our success by supervising our groups, supporting ideas of legislation, and providing valuable insight when needed,” he says. “The coolest thing I have learned from Capitol Classroom is any idea for a bill can be proposed; you just need lots of support to get it passed.”

The Capitol Classroom meets every other week during the legislative session, and participants may testify in person to bring their critical perspectives and lived experiences to the table. To learn more about the program, visit https://www.teachwithtvw.org/capitol-classroom/.